Charlie Young has been practicing family law in the Bay Area exclusively since 2016. Prior to that, Charlie gained extensive courtroom experience, first as an attorney representing parents in juvenile dependency matters, and then as a deputy public defender, where he handled both criminal and juvenile dependency matters. Charlie is a skilled trial attorney, having tried more than 100 bench trials and various jury trials.

Charlie believes that no two family law cases are alike and that each case requires a clear understanding of his client’s needs and ultimate goals in order to achieve the best outcome, whatever that may look like for a particular client. Charlie is an empathetic and compassionate advocate who is focused on alternative dispute resolution, yet he is prepared to vigorously litigate a case where necessary.

Although Charlie practices all areas of family law, he focuses on high-asset dissolutions, including those which may require collaboration with business counsel, estate planning counsel, and or criminal counsel. Charlie also specializes in contentious custody matters, including domestic and international relocation cases. Charlie is also experienced in complex domestic violence cases, including those which require forensic evidence and the use of leading national experts.

When Charlie is not with his fiancé, John, and their two dogs, Wellington and Bailey, he can be found in a particular beach chair in Mexico or making his way through Europe, one coffee at a time. Charlie is also an avid music and theatre lover, and he enjoys spending time with friends and family 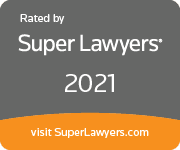