How Far Can a Parent Move Away With Joint Custody in California? 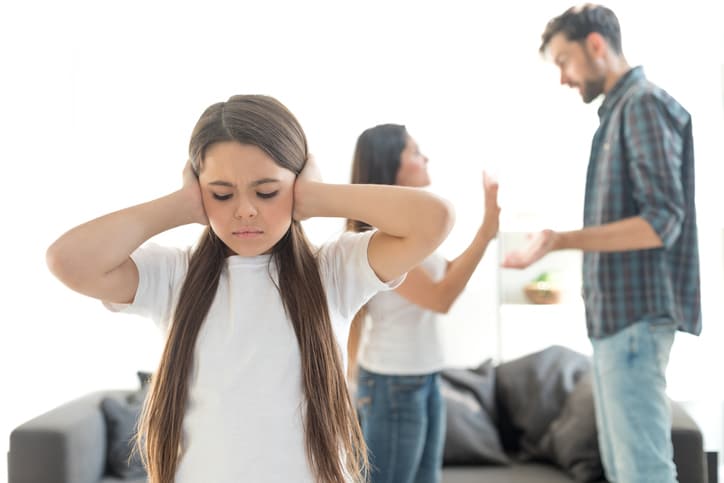 Negotiating a joint custody arrangement that works for both parents is hard enough the first time. So when a parent who shares custody considers moving away for whatever reason, their relocation can throw a wrench into their family’s otherwise best-laid plans.

Parents who have joint custody share the decision-making over their children’s health, education, and welfare. But parents who share custody don’t necessarily have to agree on every single decision every single day. In fact, if you want to require mutual consent for certain decisions, you must specify the circumstances in your custody arrangement.

Many joint custody arrangements explicitly require mutual consent for relocating children in a way that will disrupt the terms of the custody order. Some agreements may even specify the distance a parent can move, often limited to 50 miles away.

Joint custody involves each parent sharing significant periods of time with their children to ensure they get frequent and continuing contact with both. If one parent moves any farther than 50 miles, the logistics of their original custody order begin to break down. Most importantly, children tend to suffer when they must travel so much so often.

Can a Parent With Joint Custody Move Away?

Family courts cannot stop parents from moving away on their own, even if they share joint custody. That means you can move away as far as you’d like.

However, when it comes to moving away with your children, parents who share joint custody are restricted by the terms of their custody order. Custodial parents only have a presumptive right to relocate with their children – this right is not absolute, even if you have sole custody.

Generally, you can move with the children so long as the relocation doesn’t interfere with your current custody arrangement. For courts, that’s usually limited to a distance of 50 miles or less. (However, even a move 30 miles away could be disruptive depending on the circumstances.) In addition, the move must not be detrimental to your children’s rights or best interests.

If you share joint custody and want to move farther than 50 miles or to another state, the situation gets more complicated. Essentially, you approach the court de novo with your relocation request. California courts will consider your custody arrangement anew based on the circumstances of your move and the best interests of your children. For this exercise, the courts will analyze a new parenting schedule assuming that the parent moves. In other words, assuming that the parent moves, what custody schedule would be in the best interests of the child, and what would be best for the child in terms of which parent they live with. Often, the courts will use a custody evaluator to help make a recommendation to the court.

When deciding a move-away case, California family courts will consider:

Whether you’re the moving or non-moving parent, both parties come to a “level playing field” at the relocation hearing. Here, you get a chance to negotiate a new custody arrangement.

Courts will base their decision on the assumption that the moving parent will relocate no matter what type of result comes from the new custody arrangement. As an alternative, you could choose to pursue a conditional custody modification based solely on an intention to move, where a change in custody is arranged only if the proposed relocation actually occurs.

Can a Parent With Joint Custody Move Out of the Country?

If a parent wants to move out of the country with their children, that presents special issues.

When deciding a proposed relocation of minor children to a foreign country, courts look at:

In an international move-away case, a child’s best interests require, at a minimum:

Moving to another country may profoundly or adversely affect the best interests of a child if:

In addition, jet lag and travel expenses pose a major hurdle for visitation or sharing custody with the non-moving parent. The logistics of international child custody arrangements can have a de facto effect of essentially cutting off the non-moving parent’s access to their child.

But the hurdle for meaningful contact cuts both ways. If a parent moves to another country and the child stays in the U.S., that could essentially cut off their relationship. If the case comes down to this, the “tiebreaker” relies on which parent is more likely to provide the other parent with frequent and continuing contact with their child.

How to Win a Relocation Custody Case

The farther away you move, the more complicated your custody case can become. If your move-away case is far enough, you may have to renegotiate or mediate your custody arrangement from the ground up.

The best way to manage custody around a relocation request is to have a family lawyer on your side. Your attorney can help you put forward the strongest possible case in favor of your move and also come up with creative solutions to custody problems.